We specialise in installation of home EV charging units

This amazing new technology enables you to not only save money but also do your bit for future generations by protecting the environment. Contact us today for more information.

Please view our car charger page for information on the chargers we supply and fit. 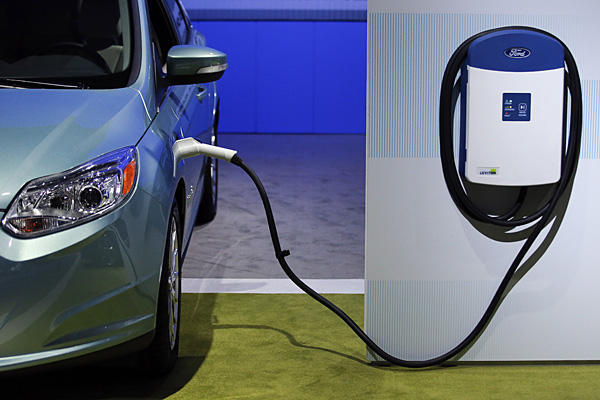 The advantages of owning an electric vehicle include;

The latest models have demonstrated that EVs can be just as safe as their equivalent petrol or diesel counterpart.

With cars like the Nissan LEAF and the Renault Fluence ZE, electric cars now offer unprecedented practicality – with room for five, reasonably spacious boots and a range that satisfies the vast majority of commuter distances.

Electric cars can plug in to your domestic 13amp power supply at home using an Electric Vehicle Home Charging point, the same as your vacuum cleaner or TV. In fact, trials have shown that’s what most EV users do – 85% plug in and charge overnight at home or work rather than using public on-street chargers.

Most new electric cars have a range of over 100 miles. That doesn’t sound like a lot but given that 80% of Europeans drive less than 63 miles every day.

You’ve heard of hybrid cars – well now there are ‘Plug-in Hybrid’ (PHEV) cars, too, which have a larger battery that can be charged up using mains electricity, allowing you to drive further at higher speed on pure electric power before the engine kicks in. There are also ‘Extended Range’ electric vehicles (E-REV), which can go even further on electric-only power. And, of course, there are pure-electric vehicles such as the Nissan Leaf and supercar Tesla Roadster.

The typical charge time for pure-electric cars using a standard Irish home wall socket as your Electric Vehicle Home Charging point is between six and eight hours. PHEVs and E-REVs take much less time to charge because they have smaller batteries. Most new pure EVs can also use rapid charging points that can top up the batteries to 80% capacity in around 30 minutes.

Along with very low road tax, charging an electric car is seriously cheap. For a typical pure electric car charged from flat to full, the cost could be as little as €1 depending on tariff, but it’s very unlikely to be more than €4. And that’s for 100 miles range.

Electric cars are sometimes touted as ‘zero emission’, but that’s misleading. They have zero tailpipe emissions, but there are emissions created in the generation of electricity. The average CO2 rating for a mid-size electric car is about 80g/km. The average figure for a mid-size combustion-engine car is between 147g/km and 161g/km.

VRT breaks in Ireland mean that the cost of an EV has great tax exemptions than petrol or diesel cars.

Call us today on

We will assure you receive a competitive quotation, with great value for money on a quality service.

We are available from 8am – 10pm daily